Good morning boys and girls, the word for today is...

I read a book called ' The Mailbox' by Marybeth Whalen. It made me soooooooooooo mad. in a nutshell, the story was of a young couple who went to a mailbox on the beach that really does exist on Sunset Beach NC. They went there the first time to mark the end of their first summer together when they were in their late teens. She had to go home to the city, and he lived in Sunset. Then they went again at the end of the next summer... this time after they left the mailbox, he was distraught that she had to leave for the winter. So he went to a party had too many beers, and a girl who had been chasing him all summer caught him and they had sex. She wound up pregnant, so he 'did the right thing' and married her, and had to write a letter to his girlfriend saying I'm sorry, I married someone else...
Ok I get it the original girlfriend is devastated. It takes her a while to move on. She still goes to the mailbox every year and writes a 'year in review'. So far all is ok whatever...
Here's my problem. SPOILER ALERT if you think you want to read this book, I'm telling the end...
Campbell is stealing her letters from the 'Kindred Spirit' box and reading them and still loving her from a distance. Every year the last week in July she comes to her aunt and uncle's beach house, and goes to the mailbox to write about her year. She writes about her new boyfriend/eventually husband, and father of her two children, and how their love deteriorates when her husbands starts cheating on her. All the while she also mentions how she will always love Campbell... It made me so mad. So of course in the end she and Campbell get back together.
My problem is you need to be with who you are with. 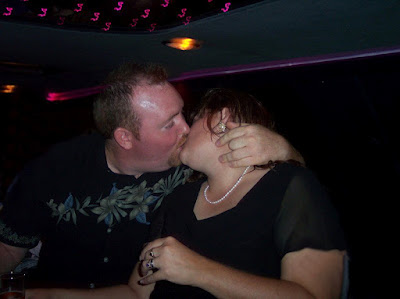 My husband and I have been married over 18 years, dated over 19. I can honestly say that in the entire 19 years I have never been with anyone but him. I haven't even fantasized about anyone else. Yes me, a pentacostal pastor's wife said fantasized...

Have I been tempted?
sure.
Did I have relationships before my husband.
Yes.
Do I have fond memories of those times?
Sure do.
HOWEVER>>> I don't dwell on them. I am still friends with most of my 'ex-boyfriends'. But I never, NEVER dwell on or think about a past date, or kiss, or conversation. Now let me clarify, there is a difference between the thought coming and the thought staying.
Do thoughts/memories of past interactions pop up? Yes, but frankly if it isn't a thought, or memory about my husband, I move on to something else.
So I will step off of my soap box. The moral of this lesson is Be with the one you are with. The bible says in Matthew 5:28 International Standard Version (©2008)
But I say to you, anyone who stares at a woman with lust for her has already committed adultery with her in his heart.

Oh my, what does that say about Magic Mike? Guess that is another blog...
Posted by DaNella Auten at 10:15 AM

Dear Sir I do apologize for using your picture without your permission. I have finally regained my blog, and I removed it. Sincerely DaNella J. Auten