INCREDIBLE TESTIMONY! I got this testimony from my friend Deanna's blog. This just touched me sooooo much, to think he had reached the point that he was gonna end it all with a box cutter. Jesus cares! Here, read.
There's a man in our church who has attended almost three months. Less than three months ago he was in our parking lot trying to kill himself with a pair of box cutters when Rob, our outreach director found him, stopped him from committing suicide and led Him to Jesus. What has unfolded in his life is just miraculous...

In less than three months this precious man has come off the streets. (He was homeless and living out of his car and previous to his conversion had simply lost hope.) These past few months He has been transformed by the power of God. Rob discipling him has also been key in his transformation. He gave a testimony about 2 weeks after beginning to attend church that he had started showering daily. This sounds like an odd testimony, but understand that prior to giving His life to the Lord, he wasn't even showering once a month! Not only does he shower, but he's an extremely sharp man. He cleans up well! (SMILE) He has also been reunited with his 8 year old son who lives in another state, and Rob helped him to find a room to rent at a transition house. Shortly thereafter, Rob also helped him get a construction job, building a new local hospital. He's been working the job about a month and a half. He started paying child support again after being a "delinquent dad" for these past years. He sits on the second row of church each service and soaks it in. But that's not all... He's started ministering already! The past month he's been working in our homeless ministry, helping people who are like he used to be just less than three months ago. This past Saturday, they had him give his testimony! But that's not all...


He has heard me get up each week and passionately ask the people to give scholarships so that women in ministry who are financially challenged and couldn't otherwise come to Unstoppable will have a way to come and be refreshed, and in many cases, restored. Although he was just getting on his feet, he came to me and said, "I'm going to sponsor one of those women!" I was shocked. There are people in our church who have a hundred times the resources this man has who probably think they can't afford to sponsor somebody. But here he was, a new Christian - fired up, and ready to respond to the call. He said, "I can't give it to you all at once, I'll have to do it in several payments, since I'm just starting to get paid..." And each week, for the past four weeks, he's given something until last week, he gave the final amount to fully sponsor a woman. Amazing! Well, the story doesn't end there...


Last night he testified at church that his boss called him in a few days ago and told him that they have chosen him for a scholarship for a college apprenticeship program. In addition they gave him a raise! He will continue working his construction job during the day, but they are FULLY PAYING for him to go to college at night!!! They are PAYING FOR THIS MAN'S EDUCATION!!! He said to Pastor Trinity and I last night, "I thought it was kind of ironic that I just paid the last payment on that Unstoppable scholarship last Wednesday night and the Lord opened that door for a scholarship for my own education a few days later."


GIVE A SHOUT NOW! 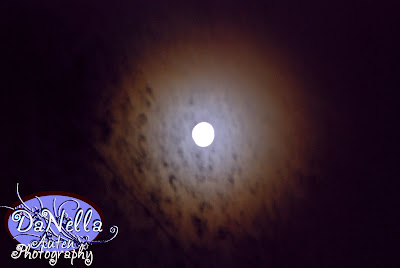