I don't usually do ghost stories... but well... 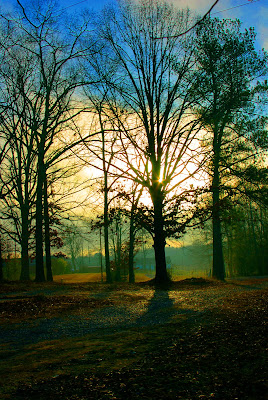 This happened about a month ago just outside of
Owensboro , Kentucky , a small town on the banks of the
Ohio River , and while it sounds like an Alfred
Hitchcock tale, it's indeed real.


An out of state traveler was walking along the side of
the road hitchhiking on a dark night in the middle of a
thunderstorm.
Time passed slowly and no cars went by It
was raining so hard he could barley see his hand in
front of his face.


Suddenly he saw a car approaching, moving slowly and
appearing ghostlike in the rain.
It slowly and silently
crept toward him and stopped.


Wanting a ride very badly, the guy jumped into the car
and closed the door; only then did he realiz e that there
was nobody behind the wheel, and no sound of the engine
to be heard over the rain.


Again the car crept slowly forward and guy was
terrified, too scared to think of jumping out and
running.
The guy saw that the car was approaching a
sharp curve and, still too scared to jump out, he
started to pray and beg for his life.
He was certain the
ghost car would go off the road and into the river, and
he would surely drown! But just before the curve, a
shadowy figure appeared at the driver's window and a
hand reached in and turned the steering wheel, guiding
the car safely around the bend.
Then, just as silently,
the hand disappeared through the window and the
hitchhiker was alone again.


Paralyzed with fear, the guy watched the hand reappear
every time they reached a curve.
Finally the guy,
frightened nearly to de ath, had all he could take and
jumped out of the car and ran through the storm to the
nearby town.


Wet and in shock, he went into a lighted tavern and with
voice quavering, ordered two shots of whiskey, and then,
shaken, he told everybody about his supernatural
experience.


A silence came over those listening and everybody got
goose bumps.
They realized the guy was sober and was telling the
truth. And the sounds of the storm continued outside.

Funny!! I laughed good at this one:-0

Wanted you to know you might not know me, but I've enjoyed your blog and wanted you and others to know it. I passed an award on to you. I love your photography and your views. Keep up the good work!

I was wondering "what in the world".. :D