President Bush Out Of Touch? 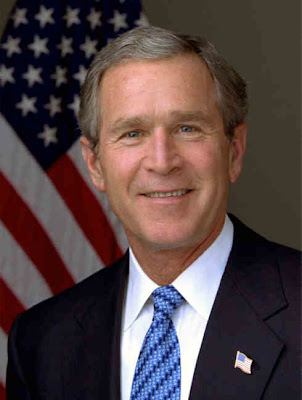 These words of Neil Cavuto sum up how I feel about a man who has
served his country well.
Please pass along as you deem appropriate. Dave
Ripped For Being Out of Touch, He Chose Just the Right Touch
Wednesday, November 05, 2008
He was classy. Magnanimous. A gentleman.
Ripped for being out of touch, he chose just the right touch.
A man who critics say only mangled his words. Conjured just the right
ones.
I'm not talking about John McCain yesterday.
I'm talking about President Bush today.
McCain gave a classy speech. The president made a classy gesture.
Offering only good words for the man who repudiated his run of the
White House.
But going one better -- inviting Barack and Michelle Obama to the
White House. To see the place, and talk about the place, and the pressures of the
place, in private.
These were not empty words. The president took care months ago to put a
transition team in place, so that a smooth transfer of power could take place.
President Bush wasn't so lucky when he was coming in.
Maybe things were different then. A lot of ill will then. Lots of
hurtful words since then.
He wasn't even running this year but it seemed everyone, including his
own party's nominee, was running against him all year.
If he minded, he didn't show it. I remember even talking to the
president on the White House south lawn about it.
"Does it all bug you?," I asked.

"Nah," he said, shrugging his shoulders and adding simply, "I
understand."
A man at peace with a nation seemingly at war* with him. Some for good
reason, others apparently lacking reason. He took nothing personally, always handling himself with dignity. Not by what he said, but precisely what he did not.
I've read that the president is as kind to the elevator operator at the
White House as he is a visiting head of state to the White House.
I've seen it myself. Every time I've interviewed him, he sticks around
and personally shakes the hands of each member of my crew, and then hangs out for
pictures.
Lots of pictures.
I know, little things. But to me, big things. That bespeak of a man far
bigger than the petty things I see in the press. Or hear in a harsh campaign year.

From a president who'd be in his right to wag a finger.

But instead, simply offered his hand. 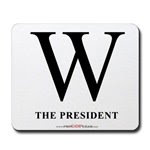 Written by David Whitley, approved by ME.

Posted by DaNella Auten at 6:26 AM