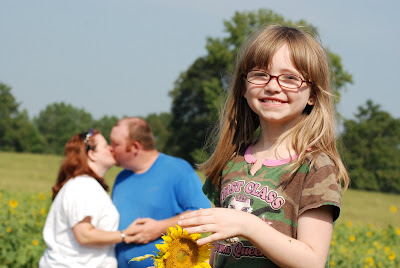 Did you hear about that pastor who was shot and killed yesterday?
Wow. He was only in his forty's. This story really affects me emotionally. Why? I am married to "the pastor" at our church. He is my best friend, love and companion... I would be the widow. I would be the single mom left with 5 kids. I don't like this idea.
The pastor is an "easy target." People will get mad at the church, and blame the pastor. Doesn't matter if he did it or not, he represents the church. There are even people in the church who should be for the pastor who attack him, say things like "He's not really anointed, he uses notes." Hello, the bible says to "study to show yourself approved." What is studying? It is learning. and preparing. I don't know about you, but I'd rather know the person talking to me is being led by God and knowledge of His word, and not because he ate too much pizza last night and thinks it is a spontaneous word from God. Don't get me wrong, God can change your message mid sermon, but it is better to be prepared and change than to be just walking on a sugar high. I am preaching to the choir on that part, when I speak it is very difficult for me to prepare and study, I guess I haven't done it enough to get into the discipline of it. However, I make myself study and prepare, because I take the privilege of getting to speak to God's people very seriously.
OK, second thing, a man dressed in all black walks down the isle of the church. Where are the deacons/security/ushers/any man... I am here to tell you, if any man even looked funny and started walking toward our pastor, in Cape Coral, Andy, and Joe would have em on the floor in a split second. Alright I understand it has become a great tool these days to use drama. However... Tell your ushers beforehand what is going on, like I said, drama or no drama, Andy and Joe would have em stopped and interrogated them before allowing them to get near their pastor.
Lastly, I am afraid this is just the beginning. Our kids aren't being taught to respect the house of God, so when they grow up, it is no big deal to kill someone, much less a pastor. Be careful, Elisha got upset at some young men about calling him bald, and called a couple of grizzly bears out of the woods to feast on them. (As he walked along the road, some boys came out of the city and mocked him. They said, "Go away, baldy! Go away!" Looking back, he saw them and cursed them in the LORD'S name. Two bears came out of the woods and tore 42 of these youths apart. 2 Kings 2:23-24)
I don't know about you but I teach my children not to mess with God's anointed, not even with their mouth. I don't teach them this because their dad is a pastor, I teach them this so they won't grow up one day and join what they thought was a church and it turns out to be a serial pastor killer.
Ok guess I'm done.
Oh yeah, Fresh Fixins is having a give away... Check it out.
Sorry so heavy, it was on my mind.
Eeeewww just saw an interesting statistic, the United Arab Emirates is growing by 25% annually... The population in America is plateauing... More and more people are waiting to have kids and only having one or two... If we don't raise Christians to serve God, who will? The Arabs? I don't think so...

Wow yall caught me in a heavy mood today... I feel much better now. Tell me what is on your mind.
Have a great week!

Posted by DaNella Auten at 7:36 AM

Well actually I came by to say howdy and thank you for coming by to meet me. Or enter the contest. I understand, I get into heavy moods myself. When something strikes this close to home it would be hard, and that's a gross understatement not to be very affected. BUT God,...
We have an appointed time, and until God is finished with us we are indestructible. I am sure this man's family and church are just reeling from this. I would not even begin to wrestle with the questions of suffering or why good people are hurt; but this much I can take to the bank and cash every time; God is good. God is faithful. Precious in the eyes of the Lord is the death of his saints. Something good will come out of it. We may never know what it is until eternity, but God does not waste the suffering of his people. You are right about the persecutions increasing, I think so too. The persecuted church grows. Maybe then we will have an awakening and a revival.