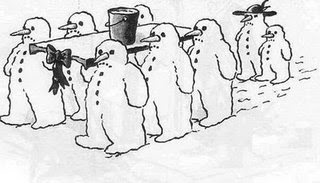 (Doesn't really fit, I just love the picture!)
Hi, my name is DaNella Auten, I am 35, almost 36 years old and I have a problem. I have S.S.S.R.T.A. Singular Section of Song Repeated To Annoyance. Ok so I made up the name but the problem is real. There is this stupid song that some secular person decided needed a Grammy, that annoys the snot out of me. The song is about an ungodly action that is now accepted in this society. It is something that is clearly unchristian, but who says this is a Christian nation anymore?
My biggest problem with this song is my SSSRTA. I only know a section of the song, but I will repeat this singular section of song over and over and over and over… You get the idea. It is so bad I have gone to great lengths to avoid hearing it. Since some silly person decided it needed a Grammy, the Grammy awards commercials have been on tv all the time lately, so if I see that commercial come on I will grab the remote and change the channel long enough for it to be over. The other day the remote wasn’t near, but I so desperately did not want to hear the song that I literally put my hands over my ears, and started singing… “la la la la la la la la” My husband looked at me as if I had lost my mind and said what are you doing? So I explained to him that I didn’t want to hear that song, or I will start singing it. He understood.
A day or so later in another conversation the song came on tv again, and in the middle of talking he stopped and started saying “la la la la la” at first I kinda looked at him, but then I realized he was trying to help me avoid that song.
As I was laughing at myself for taking such great lengths to avoid a silly little song, it occurred to me that we don’t try nearly as hard to avoid sin. Think about it. We all have that “pet sin” the one that is hardest to give up. We know it is wrong, and we know we shouldn’t do it, but we justify it by pretending it isn’t as bad as we know it is.
God tells us

1Co 10:13 There isn't any temptation that you have experienced which is unusual for humans. God, who faithfully keeps his promises, will not allow you to be tempted beyond your power to resist. But when you are tempted, he will also give you the ability to endure the temptation as your way of escape.

He has provided a way out, but it won’t fall in our lap, we have to work at it. We have to want to let the sin go.
What sin are you “petting?”

Posted by DaNella Auten at 8:35 AM

Email ThisBlogThis!Share to TwitterShare to FacebookShare to Pinterest
Labels: MICROBURSTS

Wanna hear something funny? I just realized I'm a spiritual meteorologist. I can spot a microburst a mile away :-)
Wait, is that a song that I...lalalalalala!!!